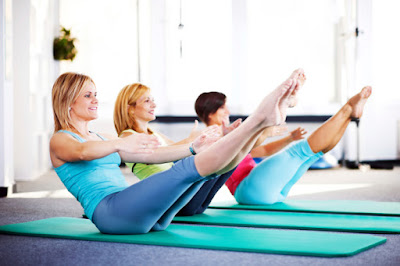 A very interesting article by Julie Revelant, published in Fox Health News on 17 April. She argues that every new mother needs physical therapy in order to rehabilitate and strengthen pelvic floor muscles that become weakened during childbirth. We would recommend this after the 6-week postpartum check up.

After she gave birth to her son, Valerie Orsoni knew what to expect: a prescription from her doctor for 12 sessions of physical therapy to rehabilitate her pelvic floor muscles.

“Even when you’re a little girl in France, your mom always tells you to stay stretched and to always tuck in your tummy and contract your abs. When you do that, naturally it leads to contracting the perineum,” Orsoni, 45,  the founder of Lebodychallenge.com, said.

After the birth of her son, now 19, Orsoni underwent biofeedback, a treatment that uses an electrode or probe inserted into the vagina to measure the strength of the pelvic floor muscles and to help ensure that Kegel exercises are done correctly.

Although she was prepared for it, Orsoni admits she was a little embarrassed. “At first, it’s pretty surprising. They’re putting something in your vagina,” she recalled.

Orsoni, who now lives in San Francisco, Calif., said postpartum rehabilitation is so important in fact that doctors in France won’t give women the green light to start exercising again without completing the two-to-three month program.

“The worst thing that you could do would be to go back to doing regular exercises after giving birth without doing perineum rehab,” she said.

Rehab for your pelvis and abs

After giving birth, it’s common for women to deal with issues like urinary incontinence, diastasis recti— a separation of the rectus abdominis muscle— and pelvic pain.

In fact, approximately 85 percent of women have pain the first time they have sex after childbirth and nearly a quarter of them still do at 18 months postpartum, a recent study in the journal BJOG found.

“Most moms are in pain after birth and they just figure it’s common and normal but there is treatment for it. They don’t have to live with it,” said Marianne Ryan, a physical therapist in New York City and author of “Baby Bod: Turn Flab to Fab in 12 Weeks Flat.”

In France and other countries like the Netherlands and Australia, postpartum physical therapy is a common treatment to help women recover from the rigors of childbirth. Yet in the United States, women have a 6-week postpartum check-up and are told to resume their normal activities.

“Not only do we do nothing in the U.S., but also if a woman goes to her physician, particularly her obstetrician, with these complaints after delivery it’s written off as ‘Well, you just had a baby,’” said Stephanie Prendergast, co-founder of The Pelvic Health and Rehabilitation Center in Los Angeles, Calif. and author of “Pelvic Pain Explained.”

“While that’s true, there are still musculoskeletal implications that come with both pregnancy, labor and delivery and of course, C-section,” she said.

Although they might be well-intentioned, OB-GYN’s are not trained to identify pelvic floor or abdominal problems like physical therapists are, Prendergast said.

Another issue is that although women are encouraged to do Kegel exercises, doing so can make perineal tears worse. What’s more, a study in the journal Female Pelvic Medicine & Reconstructive Surgery found that 23 percent of women who said they knew how to do Kegel exercises did not do them correctly.

What’s more, studies show that even if women feel fine after childbirth, it could take between 6 and 10 years until these issues become a problem.

How physical therapy can help

“In an ideal world, everybody should have an evaluation to identify what their particular issues are and get a specialized home program,” Prendergast said.

A physical therapist can help identify impairments in the tissues, muscles, nerves and joints and evaluate the abdominal wall and the pelvic floor muscles to determine what has changed during pregnancy, labor and delivery.

Once the issues are identified, women are given an individualized program to help the muscles heal, improve urinary, bowel and sexual function as well as the overall stability of the pelvis so they can do things like pick up their babies, Prendergast said.

Physical therapists can also help moms do daily tasks in a way that doesn’t put pressure on the abdominal muscles, or even teach them how to have a bowel movement without straining the pelvic floor muscles, Ryan said.

Biofeedback, the therapy Orsoni used, can help, especially for those women who have recently given birth and find it hard to pinpoint their pelvic floor muscles. It can also help identify a temporary neuropathy, or damage along the nerve that controls the muscles.

“They may need electrical stimulation to help those muscles fire if the nerve can’t direct the muscle to do so itself,” Prendergast said.

Caring for a new baby can leave little time for sleep, a shower or a workout, much less multiple physical therapy sessions. Yet experts agree it’s one of the best things women can do for their health, both right after childbirth and in the future.

“Women deserve treatment,” Ryan said. “Your body is not going to just magically snap back together.”